Angles, Half-Pipes and Boys without Supervision

Wandering through a park, I noticed a little boy propelling his vehicle towards the front of this structure.  He was looking behind him as if someone was following him.

“Where is your mama?”  I was wondering.  He seemed to be entirely alone, but not lost or distraught.

And what was that boxy blue structure?

When I saw the teenager on his skateboard, it all fell into place –  a skatepark with a half-pipe.

But who did the little boy belong to? 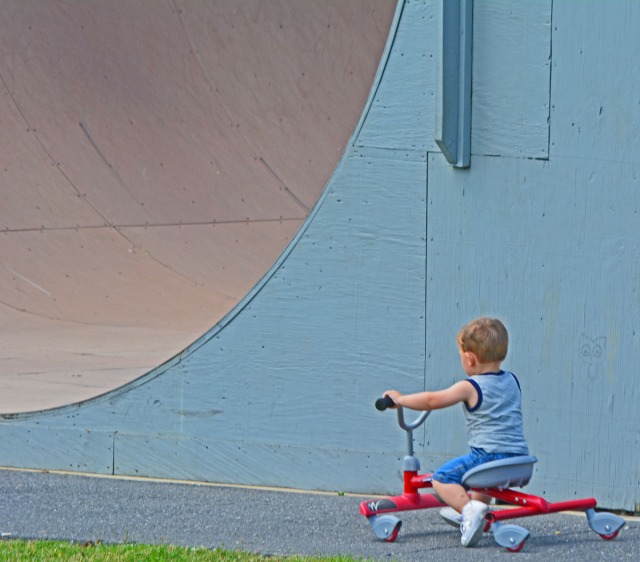 By now, he had circled around the structure to the front.

A second boy appeared inside the half-pipe.  The little guy watched intently but received no eye contact from the older boy. 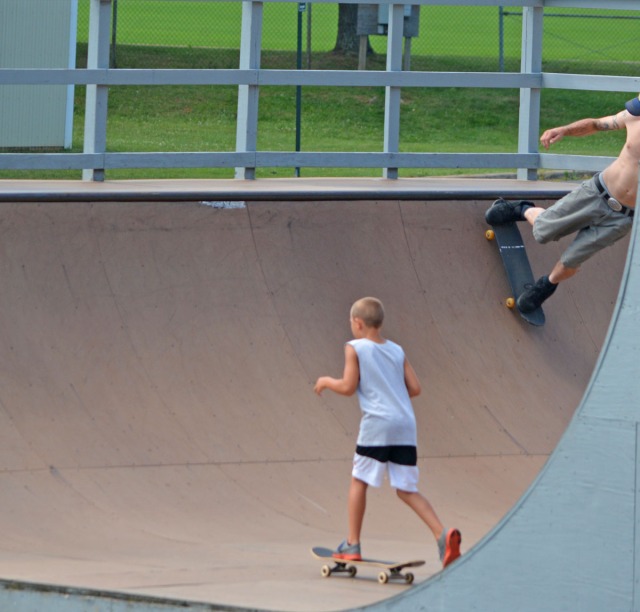 The two older boys were busy perfecting their sport.  After all, you have to concentrate skating angular walls.

So the little boy kept on circling the structure again – unsupervised by the older boys who, undoubtedly, had been charged with taking care of him.  If his mama only knew how independent he was, and how capable of entertaining himself!

Angles, curves, and boys…. altogether in the skatepark. Would you pay them for babysitting YOUR toddler?

A blog about discovering beauty in all its ordinary and extraordinary manifestations.
View all posts by Beauty Along the Road →
This entry was posted in Weekly Photo Challenge and tagged babysitter, half pipe, little boy, postaday, skate park, teenager skating, Weekly Photo Challenge: Angular. Bookmark the permalink.

23 Responses to Angles, Half-Pipes and Boys without Supervision