What is a pawpaw?

a. someone’s grandpa
b. a tropical fruit better known as papaya
c. a fruit that grows wild at least as far North as Virginia and West Virginia?

Actually – all of the above!

I have been curious about pawpaws (Asimina triloba) for years now but have never been able to get my hands on them. It’s not like you can buy them in the grocery store, and I have never seen them at farmer’s markets either. I planted a few pawpaw seedlings but they are still only knee-high and will take years before they will be bearing fruit.

This spring, I finally saw pawpaw blossoms on a few trees along the river. They are very pretty, 6-petaled, maroon colored flowers: 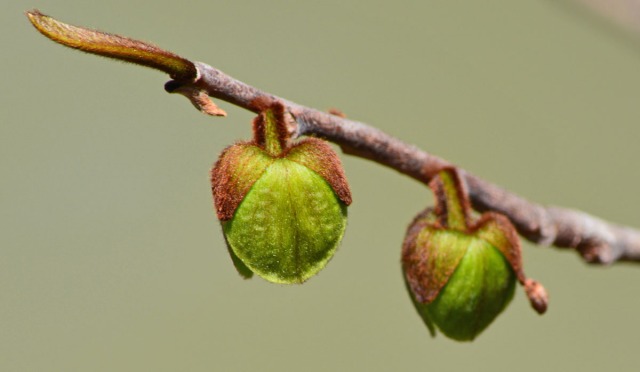 In early summer, I visited a friend who lives down by the river. I noticed a number of trees with large, dark green leaves along the river bank.

When I looked more closely, I saw small, unripe pawpaw fruits clinging to the branches. Jackpot! I told my friend about my discovery and she gave me permission to harvest them when they were ripe. She herself had never noticed them or eaten the fruit.

I didn’t know when the pawpaws would be ripe and asked around a bit. Some vague responses pointed towards mid to late September in our area. So I took the opportunity a few days ago, when I was in the general vicinity, to check on “my” pawpaw trees. When I turned down the narrow lane, this was the view that greeted me: 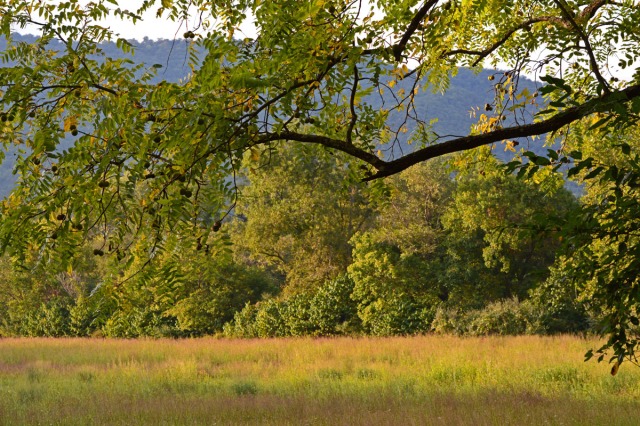 – an entire row of pawpaw trees along the edge of the field, nestled under much taller walnut trees.

On the other side of this row of trees was the river, flooded with golden green late afternoon light: 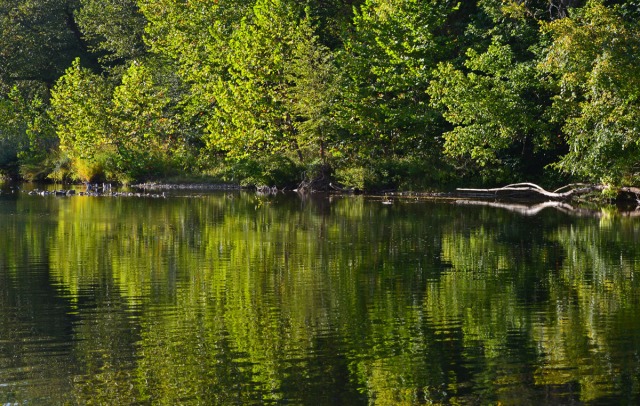 I knew I didn’t have much daylight left, so I turned my back on the river and began to scan the trees for fruit. Sometimes they were high above my head and I had to shake the branches and collect them after they rained down on me.

At other times, they were just out of reach and I had to step into the thorny brambles growing under the pawpaw trees to get to the fruit. It might have taken me an hour to gather an armload full of fruit, conveniently fitting into my sun hat. 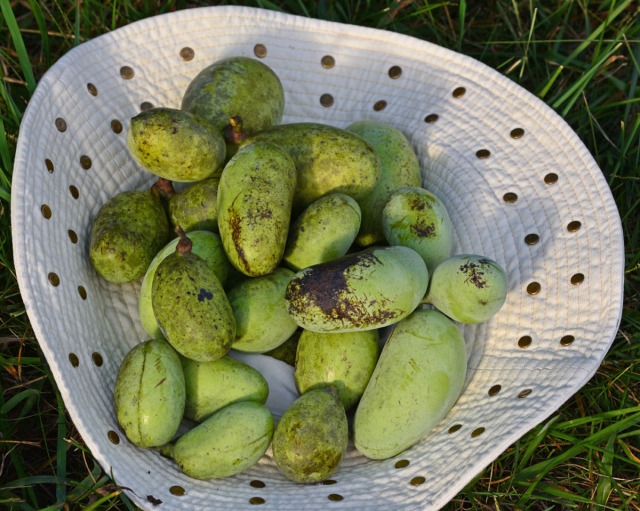 A hat full of pawpaws

Most of them were still hard and unripe. But when I found a soft fruit, I decided to split it open and taste it right there. After all, if I didn’t like the fruit, what was the point in going through all that effort, accumulating scratches and wondering whether any deer ticks would be hitchhiking home with me?

I squeezed the pulp into my mouth: it was soft and creamy and pleasantly sweet, tasting like banana custard. I didn’t even mind the dozen or so black seeds that seemed to be randomly nestled throughtout the flesh. 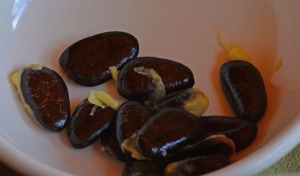 This was entirely worth the trip and the bloodied forearms, what a delicacy!

Today, I experimented with the half dozen fruit that were soft. I peeled them, squeezed out all the seeds (a bit tedious when you have to do more than one). I whipped up some heavy cream in the blender, added the pawpaw flesh to turn it into a rich, creamy custard. This custard crowned a freshly baked bread pudding. A bit of elderberry syrup drizzled over the whole concoction – it was very, very good! 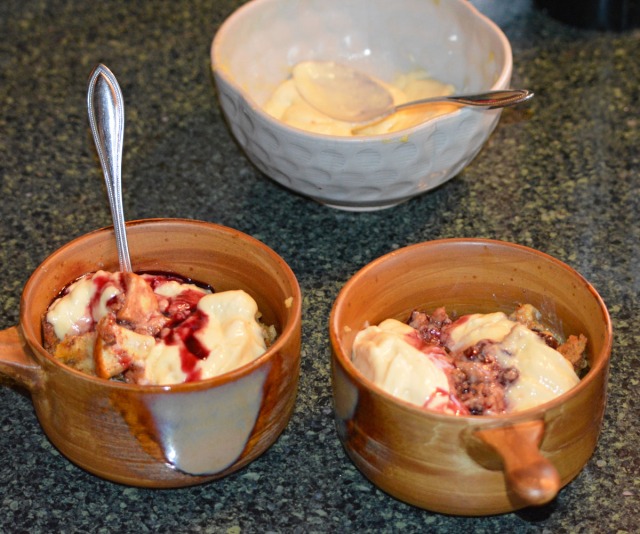