There is a virgin spruce forest in Randolph County, West Virginia, which I have baptized “The Magical Forest.”
It’s almost difficult to believe the fortunate coincidence that left a piece of forest untouched for centuries. But this is what the sign said: 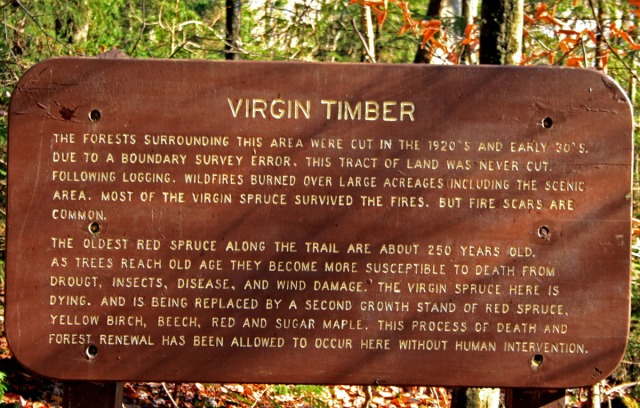 I am wondering whether this “error” was truly an error of omission or whether somebody a hundred years ago decided to “forget” about this patch of land to allow these spruce trees to continue to stretch towards heaven.

Dwarfed by a giant spruce tree

The pictures in this post were taken during two separate visits, one in early November (with more green and autumn colors) and a second one in late December 2013 (including snow and icicles).

I was particularly drawn to the many tree trunks, limbs, and rocks covered with soft, saturated, rich green moss.

And a fallen giant of a tree covered with an emerald crown of moss:

Because the forest has been left untouched as a living experiment, fallen trees have not been removed. Giant rootballs, blackened by age, become part of the landscape for many decades:

In the right light, this one could appear as a threatening monster: 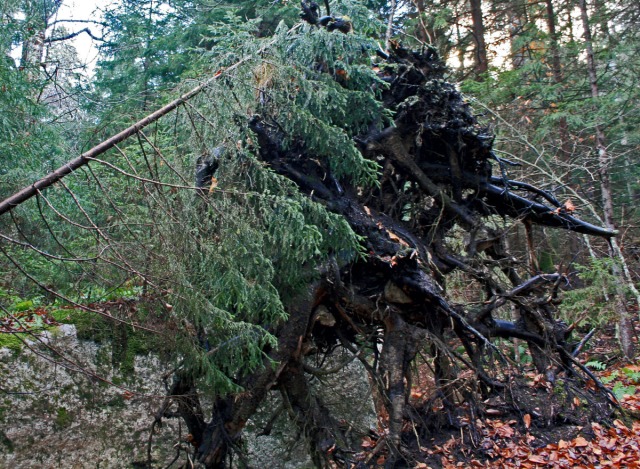 And the holes and openings between the entangled roots form perfect frames and vantage points: 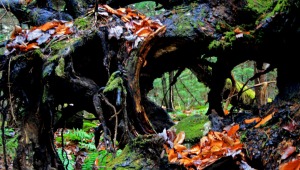 Baby trees take a foot hold anywhere they can and begin to form their own generation. Maybe we’ll call them the Millenial Spruce Generation?

Here is a more detailed look at some spruce branches with their tightly clustered, short needles: 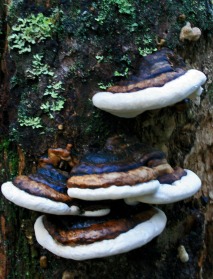 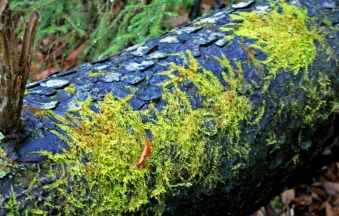 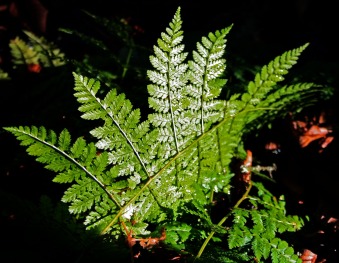 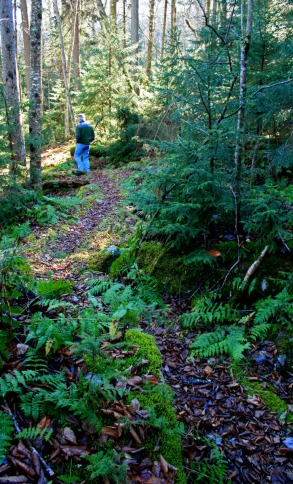 In winter, icicles and ice crystals served as decorations: 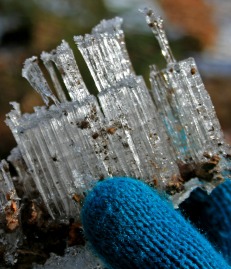 The never-ending dance of life was beautifully expressed here: from the baby trees to the tallest straight-as-an-arrow spruce great-grandfathers to the fallen giants slowly melting back into the soil that feeds all the living things in this magical forest. I, too, felt nourished by the forest and promised to come back, again and again.

50 Responses to Untouched for Centuries: A Virgin Spruce Forest